Most self-editing will fall under show versus tell principle. When introducing a new character, a quick narrative summary does more telling than showing. How does a writer show their character descriptions? Once again, I say to write more dialogue. A reader can learn a lot about a character from the way they speak and how they view themselves. You can also learn a lot about what a character doesn’t talk about. The way characters act or react to situations is another way to show someone’s character. Sometimes parts of a character’s personality are revealed over time.

Dialogue is also good for story exposition. If the writer has created an intricate fantasy world, how do they convey the normal rules and way of life in that fantasy world? There are many books and films where the main character is a newcomer to a new world. Or the main character has to help a newcomer to the new world. Through dialogue, the newcomer learns the important things about the new environment. The reader and the character learn about the world throughout the story. This is often used in video games where the player is the new arrival to an unknown world.

The best practices are to add more dialogue and only narrate action. Does the character walk a certain way? Do they look at things a certain way? Do they twirl a pencil when they’re nervous? When adding little details now and then, a reader can get a full grasp of who a character is during the entire story. If there’s an interesting back story, it can be told a little bit at a time in flashbacks or brief dialogue. This can help fill multiple pages instead of summarizing it in a couple of paragraphs. This will tell a reader more about a character than any amount of narrative summary. There is nothing wrong with starting out with a narrative summary. All that dialogue can be worked out during the editing process.

The best place to learn how to improve one’s writing is with Renni Browne and Dave King’s “Self-Editing for Fiction Writers: How to Edit Yourself into Print.” If I were teaching a class on fiction writing, this is the book I would use as the course textbook.

3 Replies to “Write Prose Like the Pros: Characterization & Exposition” 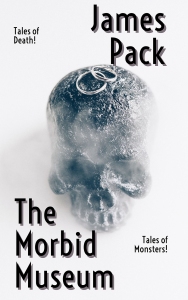